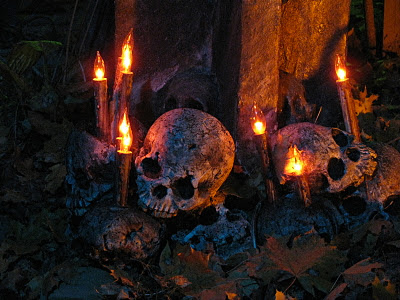 I hope everyone has had a terrific Halloween filled with Trick or Treats, scary movies, cool night air and warm apple cider. Thoughts now turn to packing away the ghouls and nightmares to make way for new and equally strange and dark projects.

There is beauty in the bizarre and warmth in the weird.

Thank you all for sharing this strangeness with me.

Dave
Posted by Dave the Dead at 7:23 PM 6 comments

Email ThisBlogThis!Share to TwitterShare to FacebookShare to Pinterest
Labels: halloween 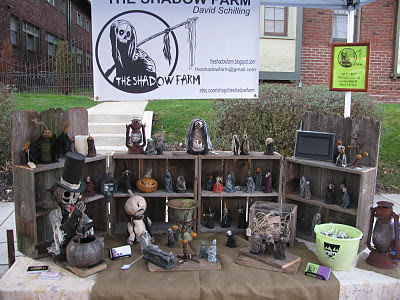 The Shadow Farm attended the 65th Annual Irvington Halloween Festival yesterday. It was a great event to mark my 'coming out'...my first major event to set up as a shop in person. I was completely blown away by the organization and attendance of this event. I suppose after 65 years you tend to get things right...and The Irvington Halloween Festival certainly did! Yesterday's weather was near perfect for a late October outdoor event, and record breaking crowds came out to partake in the festivities. 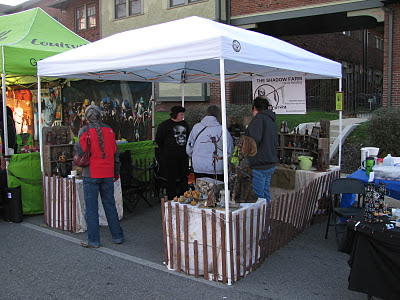 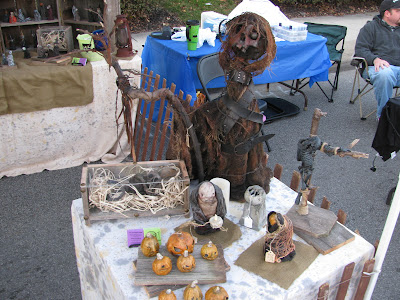 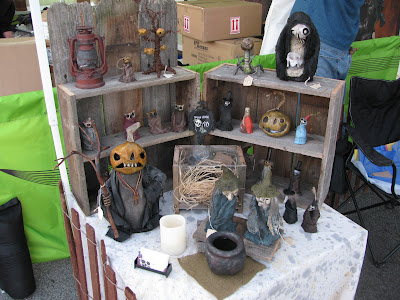 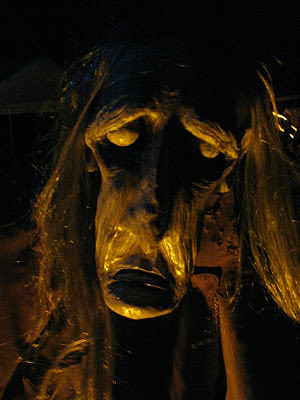 Finally time to set up the yard display. Ephram Vessell has found himself forlorn, waiting an unusually deep sentence into "THE month". This year's display will be significantly scaled back in comparison to years past, but I am hoping to capture the spirit of the season nonetheless. 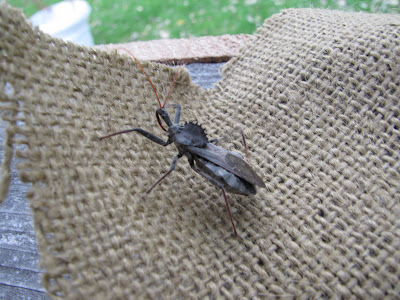 My son found this creepy bug in the yard today. It is known as as Assassin Bug (or Wheel bug), and is apparently a beneficial insect feeding on other insects.

Looks like something that would make a great B movie, huh?
Posted by Dave the Dead at 6:40 PM 1 comments

Email ThisBlogThis!Share to TwitterShare to FacebookShare to Pinterest
Labels: photos 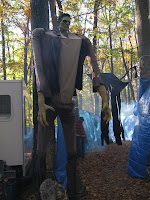 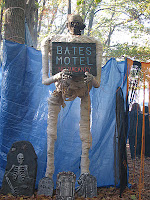 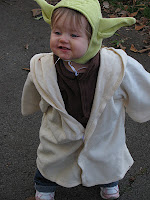 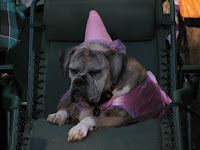 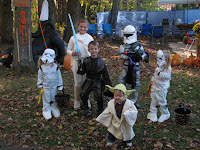 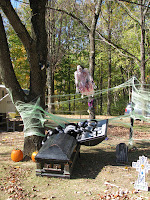 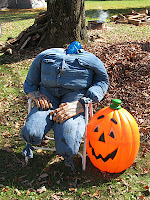 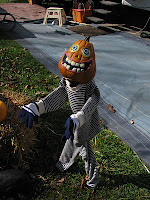 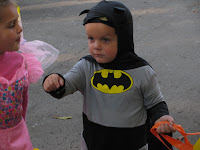 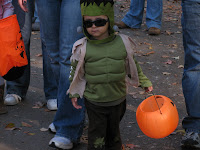 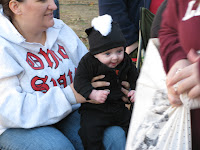 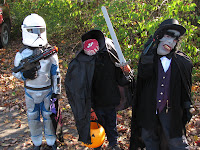 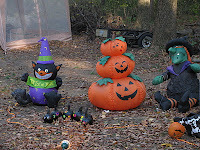 A break before the madness... 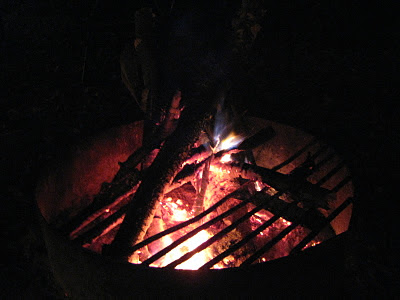 I am spending a week out camping before the mad rush to Halloween. There is a huge flock of vultures that have been roosting near our campsite...very cool to watch these masters of flight throughout the day. 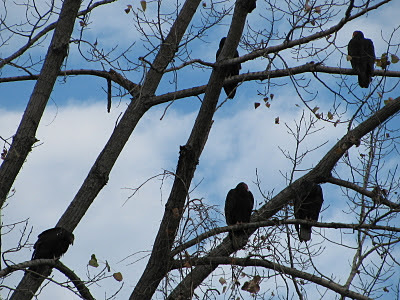 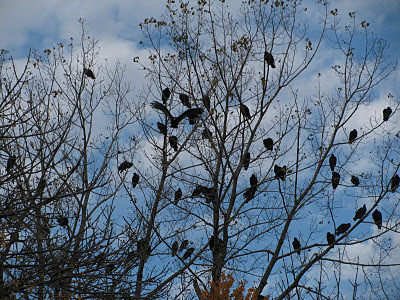 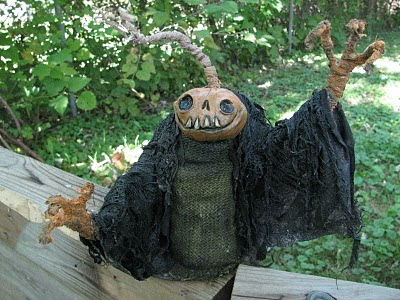 Idjit is a very simple-minded fellow. He is always overjoyed when the kids come to visit his patch. He leaps and bounds thru the vines to greet them. Usually the children wet themselves and flee in fear for their lives. However, once in a while a poor soul will trip in panic, allowing Idjit to catch up and administer one of his life-ending hugs. 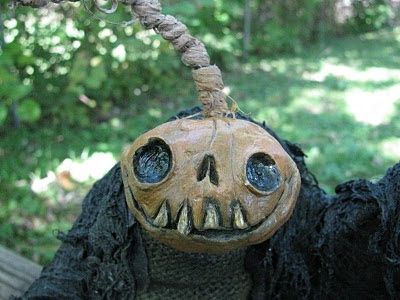 Poor, well-intentioned Idjit. He just doesn't know his own strength.

Now available to purchase on Etsy. 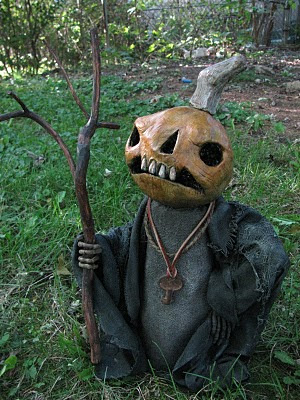 There is a general sense of unrest in the patch this year. Having survived an extraordinarily hot summer, the pumpkins have grown weary of the annual slaughter of their kind. Some of the pumpkins have formed a rebellion against the coming harvest. Pissant has not joined.
He is just too disagreeable to join any movement no matter how noble the cause and how much the beliefs of the rebellion mirror his own. He would rather stand alone, guarding his little section of the pumpkin patch, ever ready to give a hardy tongue-lashing to any child unlucky enough to come within earshot...and good hard thwack with his craggy stick if they venture within striking distance. The neighborhood cats won't go near him. The woodchucks steer clear. Even the raccoons ( the most fearless of the night creatures) stay away from Pissant. So the small but mighty Pissant stands alone, always annoyed, while the cold of October bears down on us all.

Pissant is now for sale on Etsy! 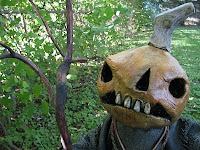